Esti Fény is Horse of the Year

After the success of My Luck in 2016, our Dióspuszta Thoroughbred Stud gave the Horse of the Year to the Hungarian horseracing also this year. Esti Fény won the Hungarian St. Leger on Sunday, and secured his new title.

This race was the last one this year on the 7th of October for the Pigeon Catcher – Ejtihaad three-year-old colt. The 2800 m race for three-year-olds had three colts and five fillies, altogether four horses bred in our stud. 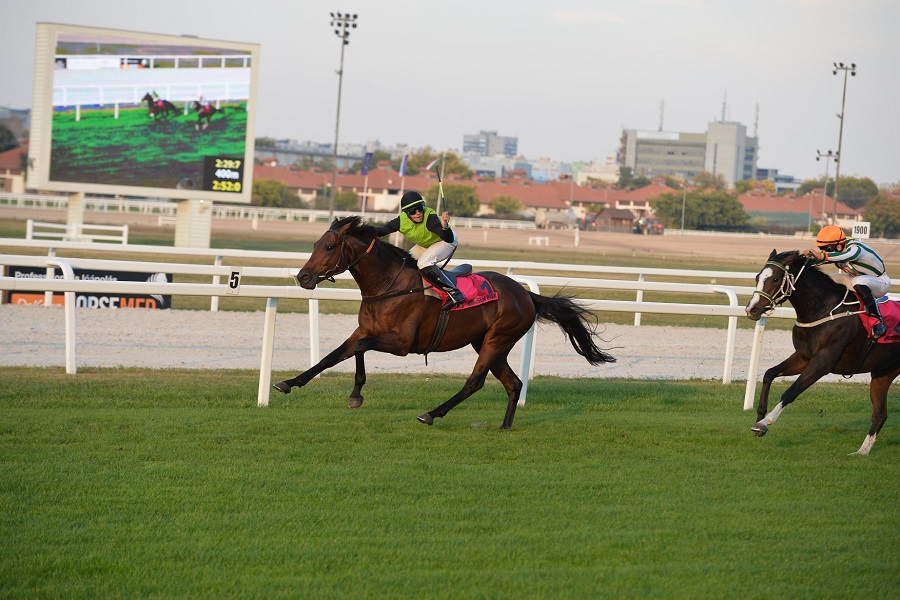 Esti Fény, trained by Csaba Zala won the 96th Hungarian Derby, the Szent István Prize and the Kincsem Prize before winning also here with jockey Tamás Nagy. They not only won the Hungarian Horseracing League, but also gained as many points for the Horse of the Year title, that nobody can catch him. 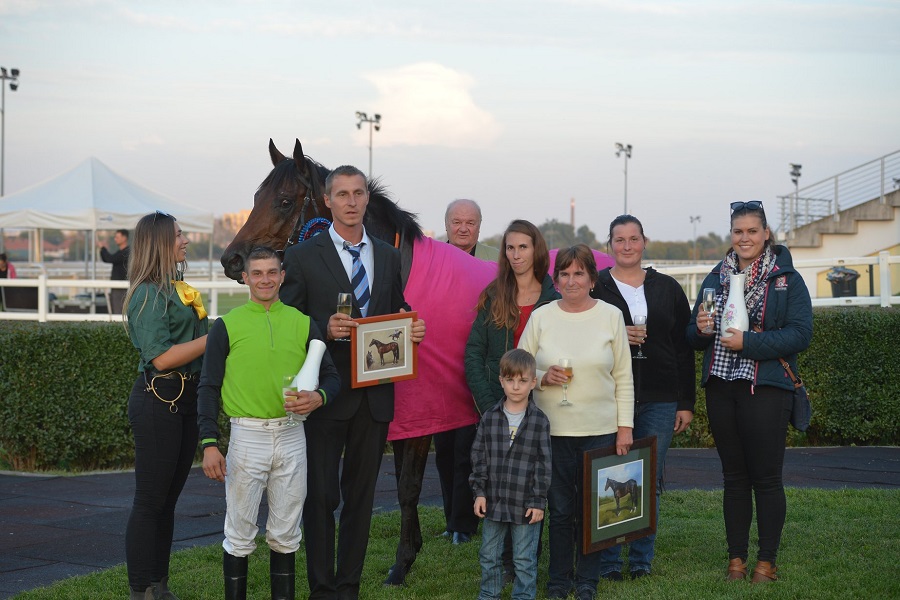 Survivor (Linngari – Surveyance) and Rebeka Gönczi became third in the race with a big finish.