The Bábolna Arabian, or as it is known to the world today, the Shagya-Arabian is the Arabian breed of the studs founded in the territory of the historical Hungary and later in the Austro-Hungarian Monarchy, Bábolna, Mezőhegyes and Radautz, which, after its European expansion, is a variant based on the nations’ closed studbooks.

The foundation of the breed was due to the order of the Imperial War Council in 1816, which stated that the eastern-blooded stock standing in Bábolna had to be covered in the future only by purebred Arabian stallions. The breed was initially called the “Arabian breed”, later the Bábolna Arabian. The Shagya-Arabian name has been used since 1978 based on the decision of the International Shagya-Araber Gesellschaft e.V., the Purebred Shagya-Arabian Society International (ISG), after that Bábolna’s leadership did not accept the use of the “Bábolna Arabian” name at that time.

Those horses can be registered in the Shagya-Arabian studbook:

a.) whose origin can be traced back on both the sire and the dam side to the stud of Bábolna, Mezőhegyes, Radautz, or to the state and private Austro-Hungarian Arabian studs and which are listed or are eligible for registration in an ISG-approved studbook,

b.) whose origin fulfill the requirements above, in case the sire or dam is a purebred Arabian, which as a rule are recognized by the WAHO and fulfilling the requirements of the studbook regulation framework, and has a license for covering for the Shagya-Arabian mares. Purebred Arabian mares can be entered to the shagya studbook based on the recommendation of the Breeding Commitee.

c.) which fulfill the requirements a.) and b.) and basically have at least 7 Shagya-Arabian ancestors out of 16 in the fourth generation. In general this applies for the foals born after 1995. 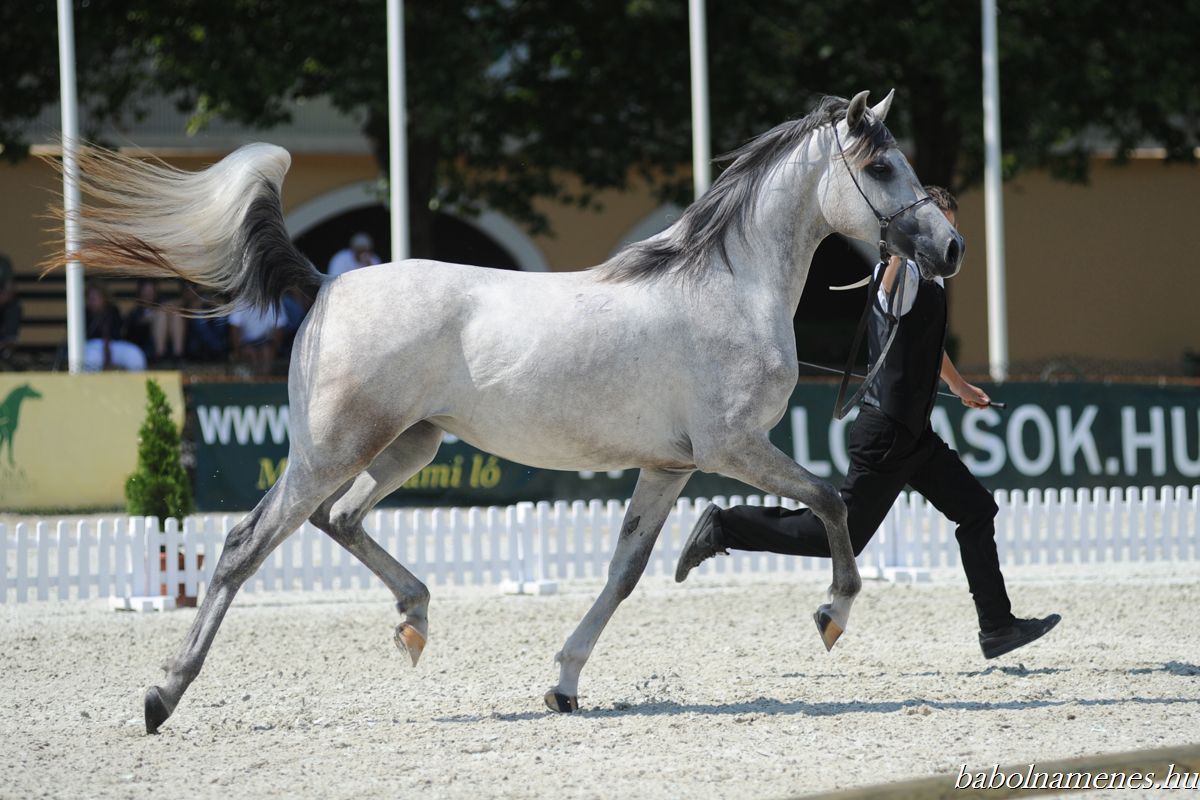 The original breeding goal was to breed an Arabian horse with a height of 150 cm, which has the beauty and the nobility of the purebred Arabian, but has a calmer temperament, and its athletic body and movement makes it more suitable for children and adults for riding and driving.

Today’s breeding goal is still a great-looking Arabian horse that can be used for riding and driving, with a noble appearance, and which is meeting the temperament and performance requirements of the leisure and equestrian sports, endurance and hunting. Its height has to be 150-160 cm measured with a stick, and the cannon bone circumference has to be at least 18 cm.

The head should be wedge-shaped, dry, well-formed, covered with fine taut skin, with wide foreheads, dark-coloured, meaningful eyes, fine nostrils which are almost square in excitement. The ears are small and slim, their tips bending to each other. The neck is high and arched with a moderate length, decorated by a thin mane. The withers are well-muscled, the elastic back has medium length, with a good bond to the well-muscled croup, and the tail is carried high as a flag. The shoulders are muscular and sloping, and the joints are large, clean and dry.

It has to have an interested temperament, a kind, teachable and gentle nature, with energetic and fast walk, dinamic trot, elastic, floating, almost silent, round, smooth canter with big ground cover.

The Shagya-Arabian stallions have to be able to refine domestic and international sport horse breeds, to improve their body strength, endurance and performance. The outstanding breeds of the international sport horse breeding, such as the Hanoverian, Holsteiner, Trakehner and Dutch breeding are using thoroughbreds and some Shagya-Arabians for refining the breeds, therefore the aptitude test for equestrian sports has an utmost importance according to the Performance Testing Rules.

The individuals of the breed have to be suitable to meet the requirements of the medium-class dressage, show jumping, eventing, endurance and driving competitions. Their friendly, easy-to-use nature makes them suitable for young and beginner riders to be successful in the beginning of their sporting career and to gain positive experiences. 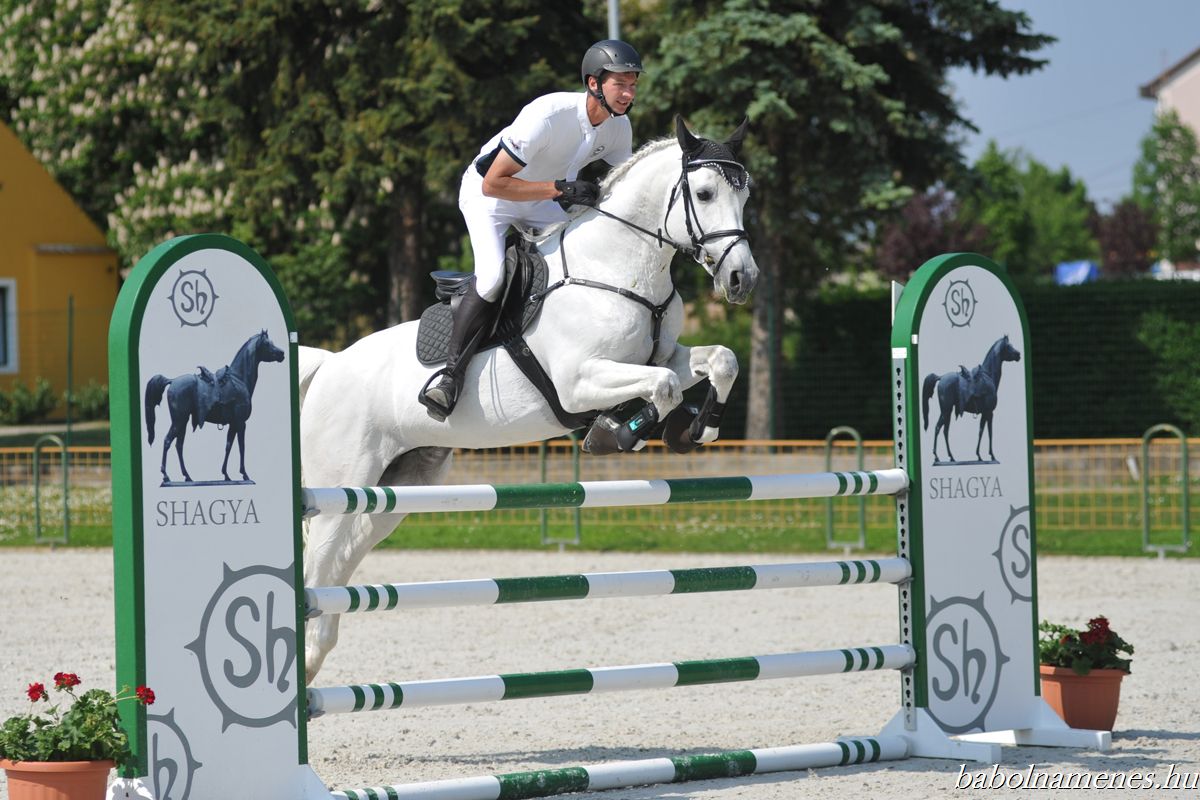